This is the second time I got the opportunity to go to Bay Area Maker Faire, the first being in 2016. Maker Faire is a strange and wonderful thing. There are many smaller events across the country, and "Mini Maker Faires" in some cities. Bay Area is the big one though, with even more people attending this nerd fest than the Maker Faires in Detroit and New York City. 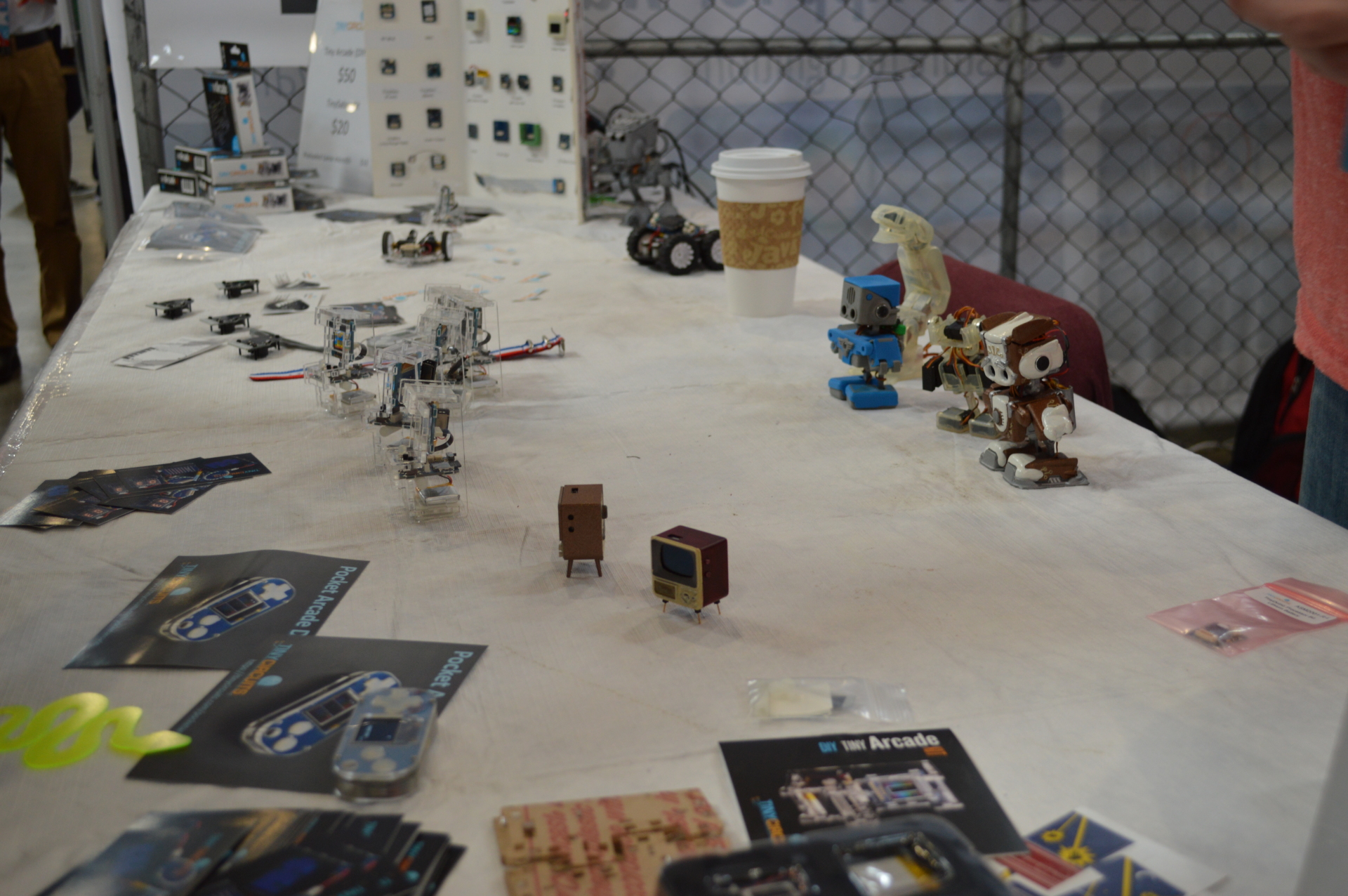 Like all of the other Maker Faires I have attended thus far, I went with TinyCircuits to sell Tiny Arcade kits and other tiny electronic gadgets. We introduced the Tiny Piano and Pocket Arcade for sale at this event for the first time. Though most of the time was spent manning the booth, I did get some time to go out and see what everyone else had to offer. As always there were lots of microcontroller vendors, various CNC machine demos and lots and lots of Legos. I was also not surprised to see an entire row of 3D printer vendors and builders. 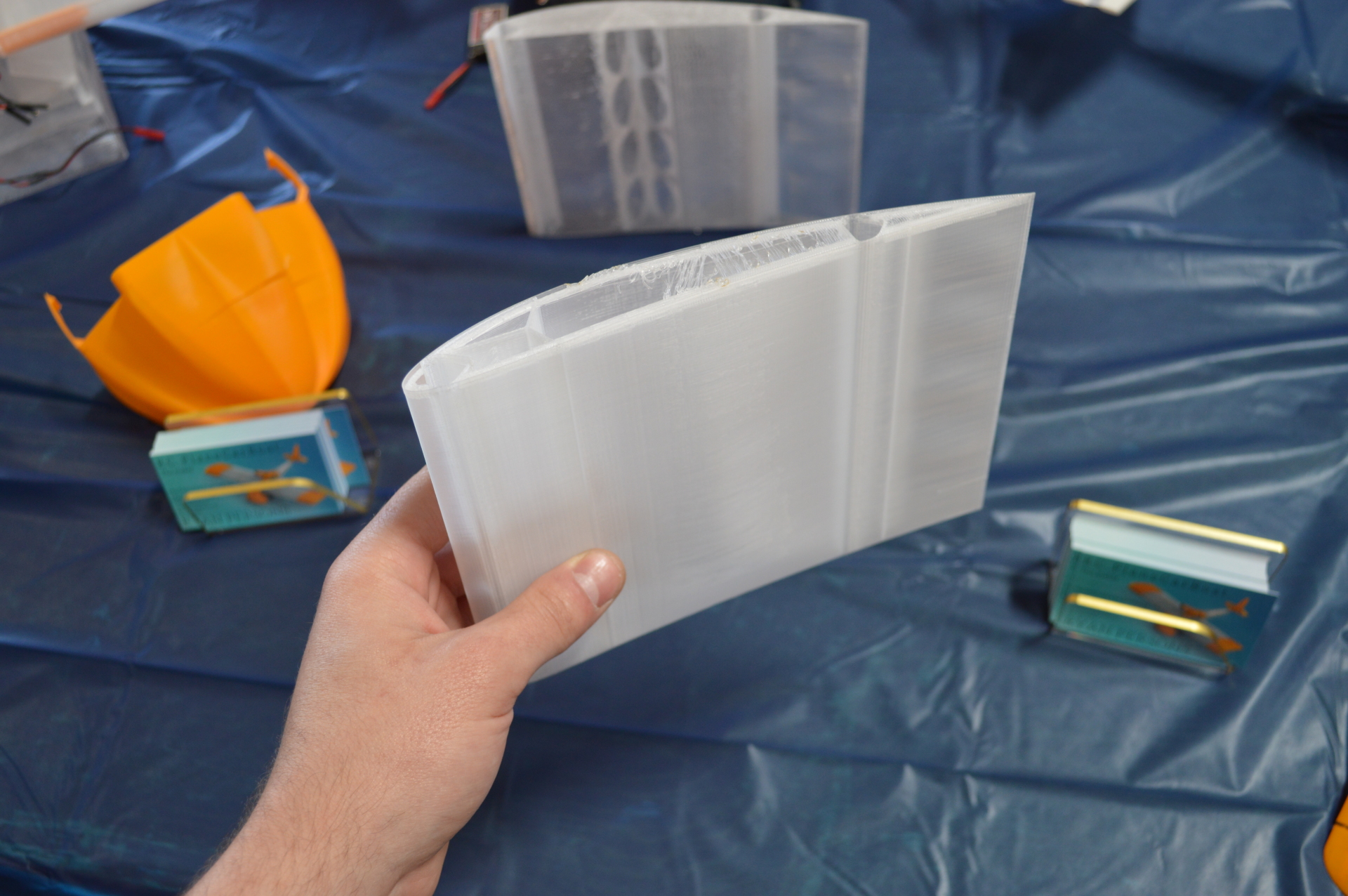 Every maker faire I go to gives me mixed feelings. It is incredible to see what people have made in the past year  since the last event but at the same time. Some things make me wonder why I didn't think of doing something like that, or why I didn't complete more of my own projects. Other displays give me new ideas for the future (that i won't ever have time to get to).

3D printing is not a new concept. The maker community has been building and breaking 3D printers for a number of years now, but this year I saw a renewed interest in 3D printing. 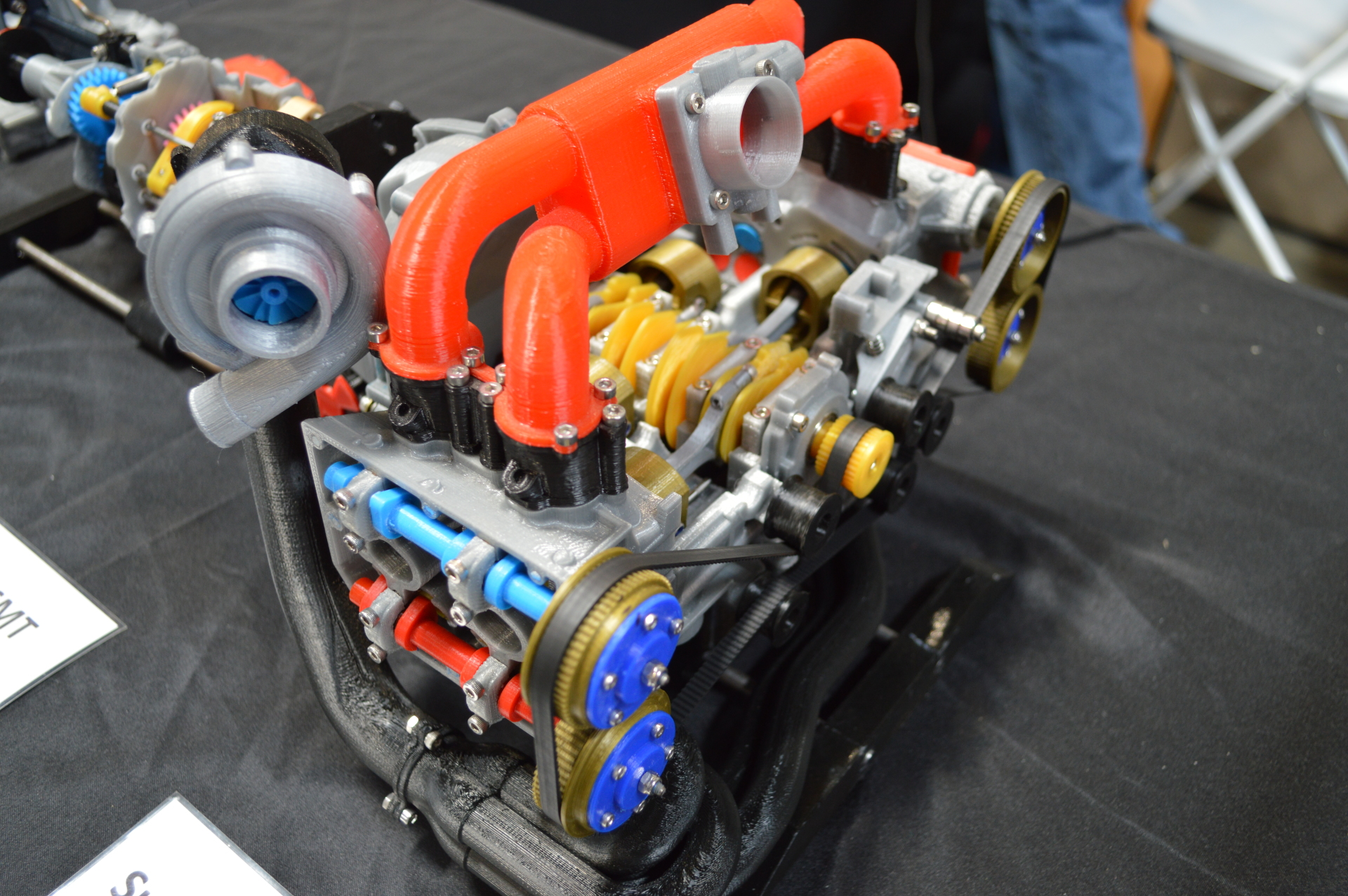 It is amazing what DIY printers are capable of now. They are reaching a level of reliability and quality that wasn't possible even a year ago. Now they are capable of making parts that are strong enough for drones and other aircraft, and detailed enough for moving models of engines and transmissions. One exhibitor had a 3D printer with a giant syringe full of clay slip. I've seen paste extruders before, but never this large. The setup was very clean and the results appeared to be very repeatable. He was printing clay vases all weekend, each as perfect as the last. 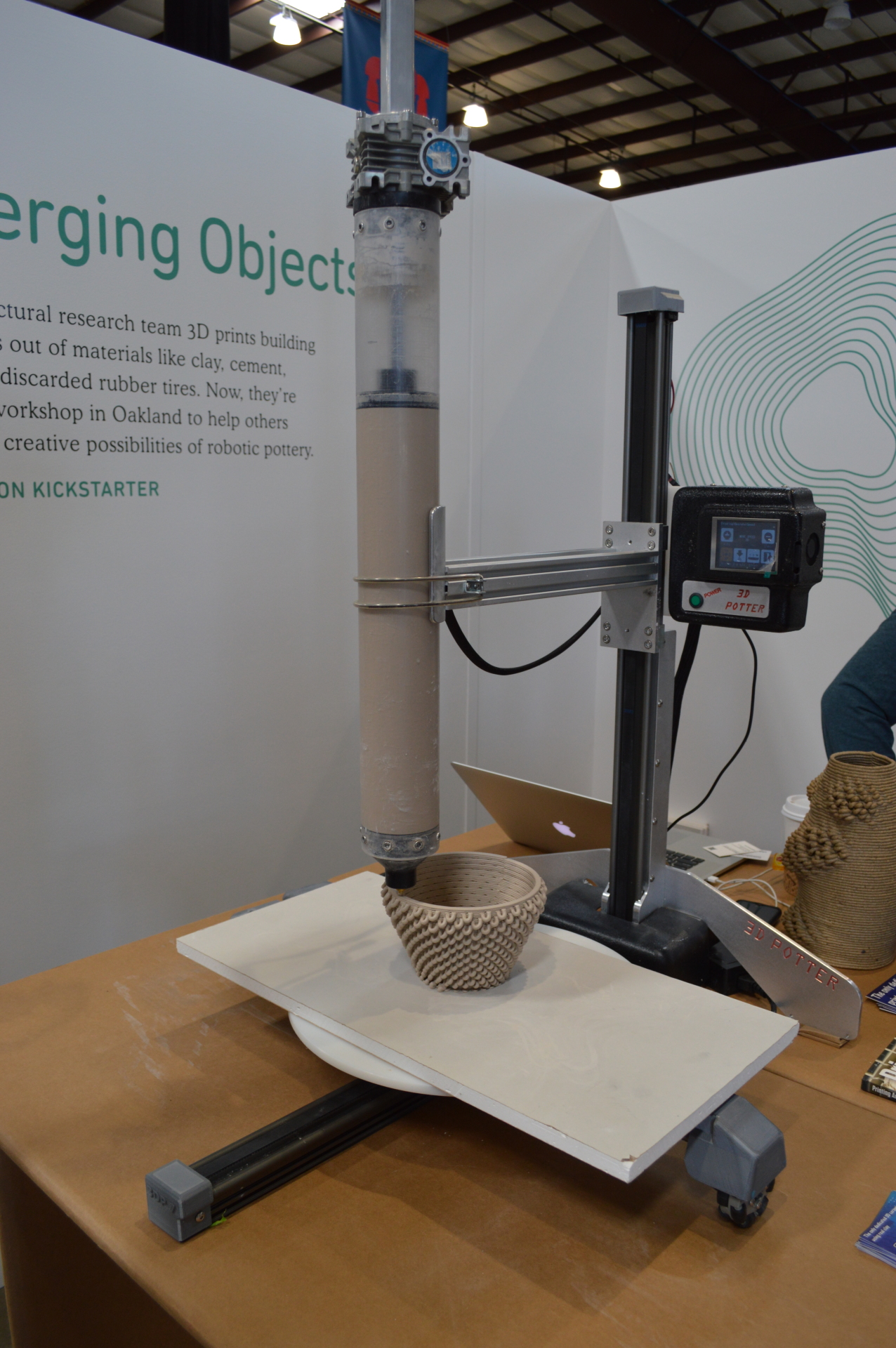 This Maker Faire was interesting. I thought I could get by without seeing another 3D printer for a very long time, but they turned out to be the thing I was most interested in. It makes me want to dig out my old Reprap and rebuild it using a modern controller and an upgraded frame. Now I just need to find the time...